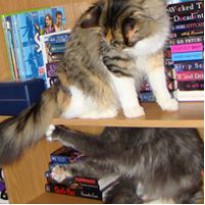 Once Upon A Time In Space 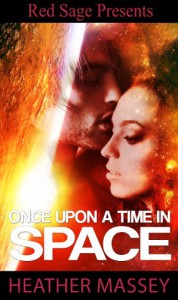 Wow, I really enjoyed this read. It took me a little to get into in the beginning but after about 30 pages the story took off and what an action pack adventure. Humanity’s survival is at risk on earth because of a greedy and corrupt government, however, there are pirates running around in space living the best they can by jumping other ships and stealing their cargo.

Nick Venture, an ordinary guy who has been rescued by some Corporate official doctor who sets him on a mission to find a new planet called Eden in order to save humanity. Only thing is, Nick is not a computer/science guy who fly’s spaceships, but the Corporate Officials don’t care because his Christopher Columbus heritage singling him out to be the last survivor from that line is their only hope that the new world should be discovered by.

Nicks journey and adventure begins with three spaceships and a great humorous crew. However, things get interesting when the pirate Raguel jumps his ship to steal his supplies; she is automatically sexually drawn to Nick’s sexuality radiating all kinds of sensual thoughts throughout her whole body. To make a long story short, Nick bargains with Raguel and convinces her to become their guide and protector from the corrupt government and other pirates in order to get to the New world to save earths people.

The adventure is fantastic and the sexual erotica between Nick and Raguel is pretty steamy teasing you and driving you crazy until the end when it explodes to a climaxing erotica of HOT HOT SEX scenes.

There was lots of fighting action between the other pirates and the government military. I loved all the characters different personalities, some were pretty humorous. I thought the story line was well written and thought that this would make a great series/Movie as in search for new planets. The writing was very visionary and I felt like I was right there within the story. Great Read!